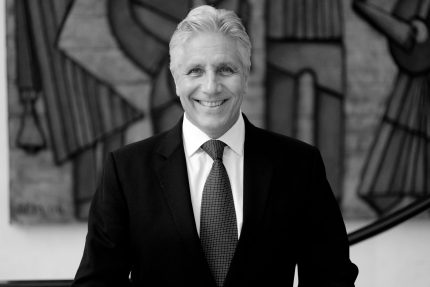 Claudio Coracini joined GBT in 2015 as a President of the GBT’s affiliate in Brasil named United Medical. In his role, he is responsible for the entire P&L of the company leading the commercial structure, finance, regulatory affairs, human resources, medical and compliance areas. Claudio was the key driver of the transactional culture to integrate United Medical into GBT and since the end of 2019 Claudio is the President of GBT, responsible for the whole Latam region.

Claudio is a Pharma Executive with solid experience in big companies as Eli Lilly, Pfizer, Novo Nordisk and Shire Pharmaceuticals. Prior to join GBT, Claudio was responsible for the Shire start-up in Brazil and for the last 2 years with the company he was responsible for the Shire LATAM operations with revenues of U$ 220 M, focusing on Rare Disease products. Before Shire, Claudio was the Country Manager for Novo Nordisk in Brazil, Pfizer Commercial Director and worked for 21 years at Eli Lilly where he built his career starting as a Sales Representative in Sao Paulo and ending as a Commercial Director responsible for successful launches such as Zyprexa and Cialis in Brazil. During his journey with Lilly, Claudio had an international experience with the company living 4 year in the USA being responsible for the Sales Force Effectiveness in Europe and the Pre-launch Manager of Cialis for Latin America.

Claudio is a Brazilian native and holds an MBA in Marketing from the Escola Superior de Propaganda e Marketing in Sao Paulo – Brazil.

Leonardo has been with GBT for over nine years and has over twenty years of experience in finance, auditing and international accounting. His last position was as CFO of GBT Argentina. Before that he worked as Director at the planning and reporting corporate department in Uruguay and administrative department of GBT Argentina. Prior to joining GBT, Leonardo worked at Ernst & Young, Arthur Andersen and Telecom Argentina in Argentina. Leonardo holds an Accounting degree from Universidad de Buenos Aires and an MBA from Universidad de San Andres.